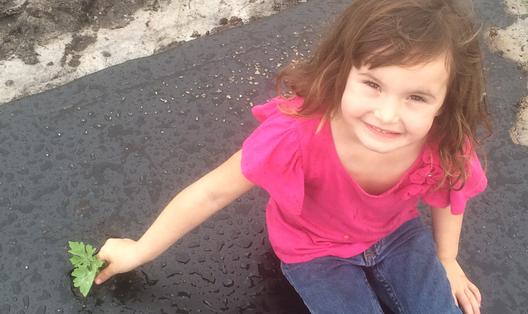 Growing and shipping watermelons is much more than a business for Marty. It truly is his passion. Some of the customers Marty sells to have been buying melons from him for 30 years and they are not just customers, they have become real friends. Some even more like family. Taking care of his customers and his growers is something Marty takes very seriously. Providing the best quality product and customer service is of the utmost importance. In the off season between the summer melon rush and land preparation for the next crop is Marty's favorite season of fall. Marty is also an avid hunter. He spends many a weekend at the camp house in Ona with his grandkids and great grandkids teaching them how to hunt, how to shoot, and how to do it all safely. Marty also treats his employees to a yearly hunting trip in Texas. Marty Graham is truly a family man and family is at the heart of everything he does.

Marty was at a gas station making a purchase when a man with a semi-truck approached him asking where he could pick up a load of watermelons. Marty led the man to a place he knew of and helped him with the load. Not long after, the same man called again and said he was sending two more trucks and offered to pay Marty $200 per load for making sure the trucks got loaded.

Those first loads gave Marty the idea for what would become Graham Farms Melon
Sales, Inc. Being a long time farmer, Marty knew he could learn to grow watermelons
successfully. The next and best idea was finding a place on Hwy 27, a main thoroughfare through Central Florida, to set up operations and intercept some of the trucks looking for melons as they headed further south. It worked! 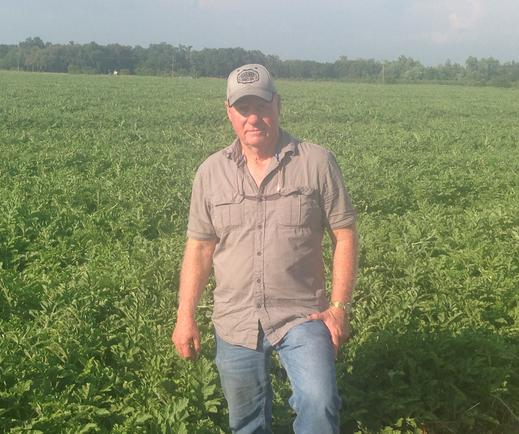 Marty was born and raised in Wauchula, FL. The Graham family started growing tobacco in the 1960's. Marty and his Uncle Fred started the business, then simply called it Graham Farms, with just ten acres of seed bed plants that were shipped to farmers in Georgia and North Carolina. Virgin land in Florida was a great place to raise tobacco seedlings during a time when diseases were plaguing tobacco farms up north. The business grew to a couple hundred acres, and Graham Farms soon became one of the largest producers of tobacco seed bed plants in the state of Florida at that time.

Around 1980, new chemical treatments solved the problem of the northern tobacco growers and the tobacco business in Florida began to decline. Marty expanded Graham Farms to include cucumbers, peppers, and squash, finally settling into watermelons. In addition to farming, Marty owns an orange grove and beef cattle. Getting started in the watermelon business was purely accidental. 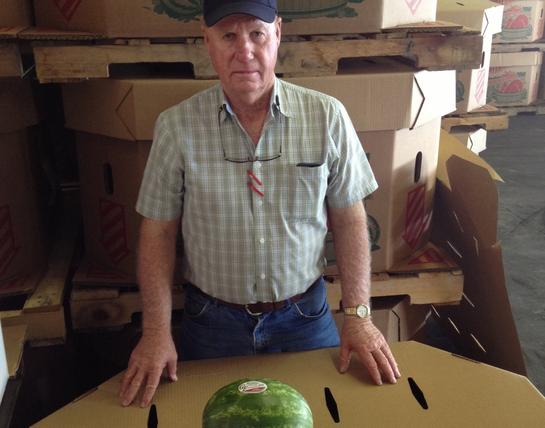 "Marty is amazed and humbled, and knows how blessed he is thinking back, that during his first year in the melon business, he loaded 40 loads. Now Graham Farms ships up to 2,000
loads each season."